Skip to content
Forums
Other Topics
not Archimatix
The History of Turt...

The History of Turtle Robots

Logo is a programming language developed in the 1960s to control educational robots (essentially, tethered buckets on motorized wheels).

After working with kids who wrote the programs, one of the developers decided to add something tangible to the concept, an imaginary "turtle" to metaphorically represent the robot.

When screen monitors came along a few years later, at first the turtle was just a triangle, later developing into an 8-bit character.

But as cartoon mascots often do, the turtle took on a life of its own, eventually eclipsing the source. 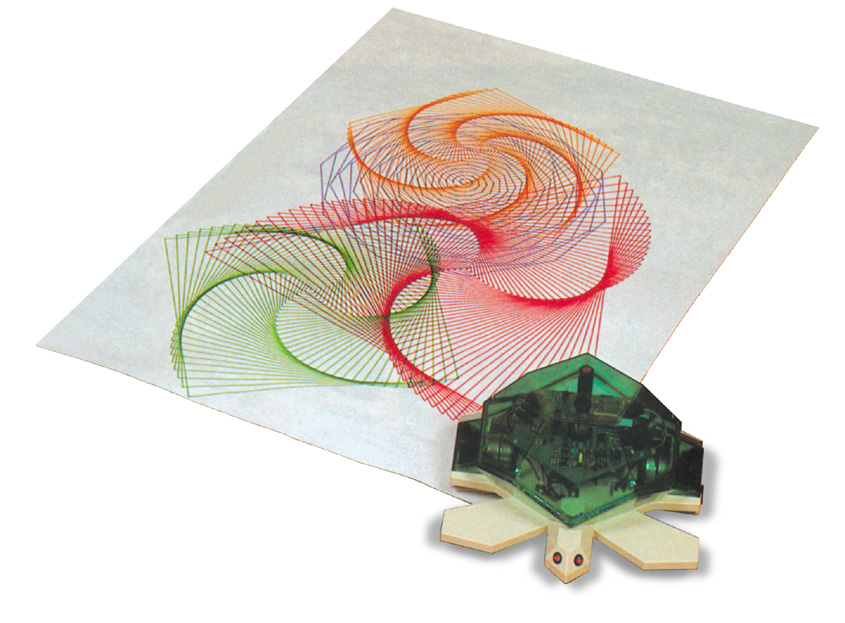 I was also amused to learn the Turtle had been inspired by 2 earlier robots named Elmer and Elsie that date back to the 1940s! Their inventor Grey Walter was a bit of a quack psychologist who made sensational claims that he'd created a new intelligent life form, and declaring it had recognized itself in a mirror.

The robot tortoises had a rotating photosensor protruding from the top, and they moved towards any bright object. Like a modern Roomba™ they adjusted direction randomly when their shell bumped an obstacle.

No online members at the moment

To date, the complex 3D forms in Archimatix have been generated by combining two 2D Shapes, such as a Plan Shape and a Section Shape. This is how architects often think about design. With the introduc [...]

Molding02_Shape is a basic chamfer sitting atop a vertical line. Parameters . The two main parameters, width and height control the outer bounds of the Molding02_Shape. The moldingHgt is the height of [...]

Archimatix gives a some control over the the smoothing or hard-edge faceting of edges in the meshes it generates. In this short tutorial, we will show how to specify that an object should have hard ed [...]

Architectural experience (AX) is a subset of user experience (UX), particularly in 3D game environments. AX is generated by a number of elements that are found in real-world architecture, such as surf [...]

The default UV logic you are seeing is the most architectural in the sense that typically floor materials like tiles or wood planks don’t really get narrower as the go toward the center of a circle. I [...]

As you add nodes to your model, your node graphs gets larger. The Grouper node helps you organize your graph and increase modularity for reusability of components. There are two ways to use Grouper to [...]

When a form is highly geometric, varying according to well-defined relationships, it often pays to take the time to codify that geometry and those relationships in a reusable parametric object. The ef [...]

If you would like to bring the fruits of your Archimatix (AX) labor to external applications such as Substance Painter or Quixel, you can export your models as OBJ or FBX. It is easy to export models [...]